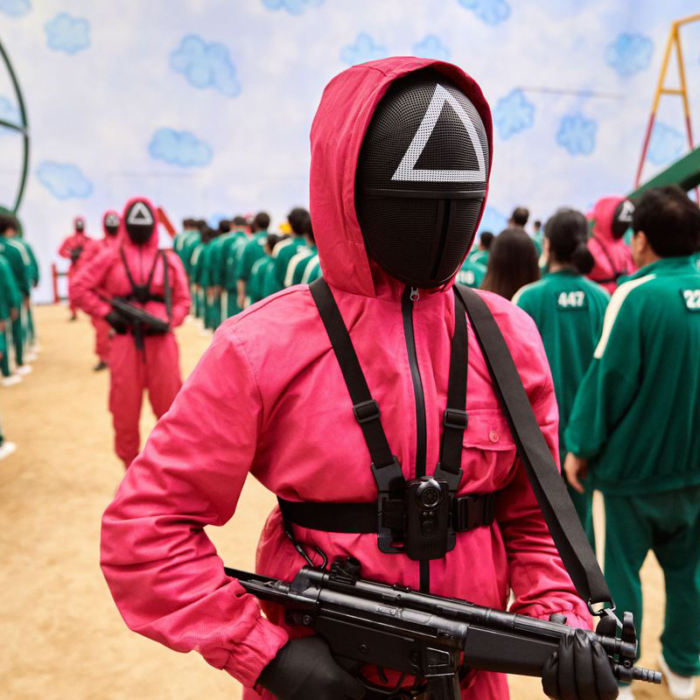 This week on Capes and Tights, Adam Morrisette and Justin Soderberg dive into the tv show that is sweeping the world, Squid Game.

Netflix‘s number one streaming series currently is the Korean tv show, Squid Game. As Capes and Tights is not only a comic book podcast, but a pop culture podcast, the crew thought it fitting to discuss the television show.

The series centers on a contest where 456 players, drawn from different walks of life but each deeply in debt, play a set of children’s games with deadly penalties for losing for the chance to win a ₩45.6 billion (roughly $38.1 million) prize.

Hwang had conceived of the idea based on his own economic struggles early in life as well as the class disparity within South Korea. Though initially scripted in 2008, Hwang had been unable to find a production to support the script until Netflix around 2019 found interest as part of their drive to expand their foreign programming offerings. Hwang wrote and directed all nine episodes himself.

On Rotten Tomatoes, the program boasts a 92% critic and 85% audience score, while on IMDB the show is at 8.2. The series cost roughly $21.4 million to make and has been reported to be worth around $900 million.