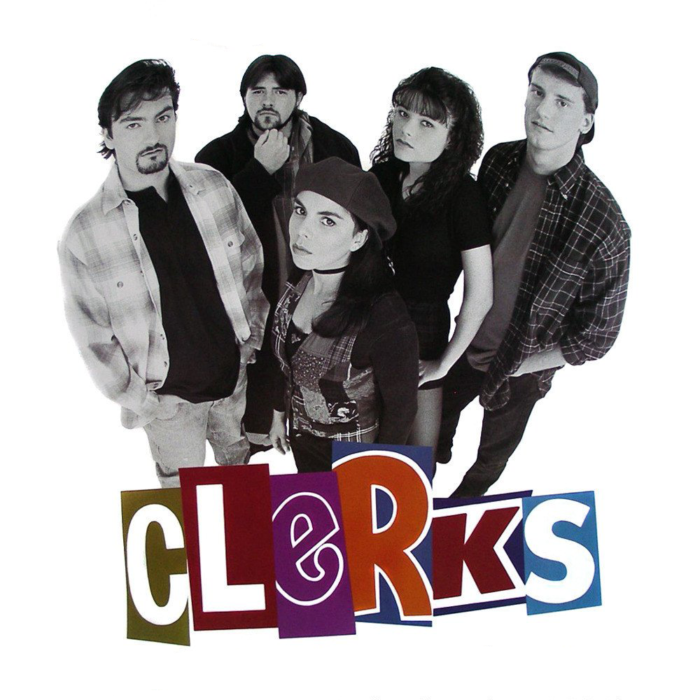 “I’m not even supposed to be here today!” What quotable line from the cult classic film, Clerks. Adam Morrisette and Justin Soderberg discuss the film this week on the podcast.

The film was released in 1994 and was written, produced and directed by Kevin Smith. Clerks stars Brian O’Halloran and Jeff Anderson, it presents a day in the lives of titular store clerks Dante Hicks (O’Halloran) and Randal Graves (Anderson), along with their acquaintances. Jason Mewes, longtime friend of Smith, also appearances as the Jay to Smith’s Silent Bob.

Smith shot the film for $27,575 in the convenience and video stores where he worked in real life. There was an addition $230,000 spent in post, but the film ended up bringing in over $3 million in the box office.

The movie is considered a landmark in independent filmmaking and, in 2019, was selected for preservation in the National Film Registry by the Library of Congress, who deemed it “culturally, historically, or aesthetically significant”.

Capes and Tights thought it would be fitting to re-watch and review the film in preparation of the “Reunion” of O’Halloran, Anderson and Mewes at the Bangor Comic and Toy Con from October 1-3 at the Bangor Mall in Bangor, Maine.

Check out when Jay and Will from the Bangor Comic and Toy Con chatted with the Capes and Tights Podcast.