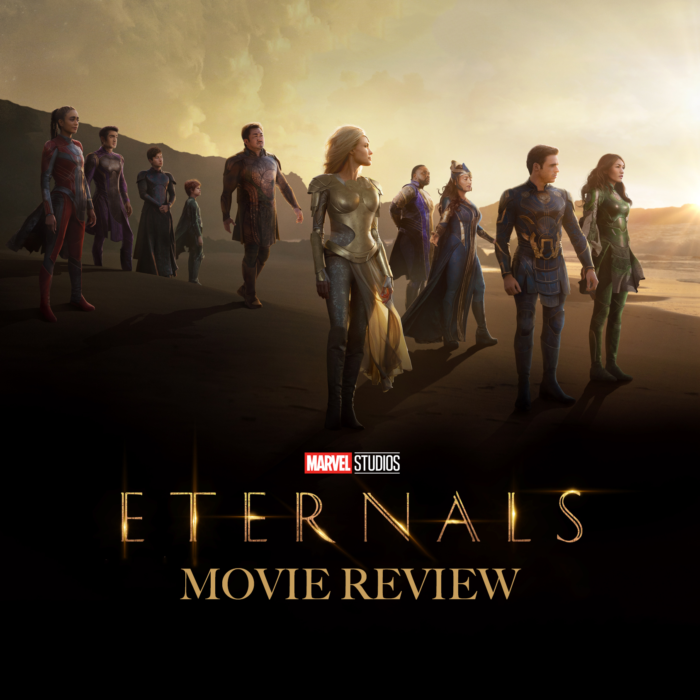 The Capes and Tights crew is back for another movie review. This time around, Adam Morrisette and Justin Soderberg discuss Eternals.

Eternals was released in exclusively in theaters on November 5, 2021 to the tune of $401.4 million on a $200 million budget and hit Disney+ on January 12, 2022. The film was the second feature film released in the theaters during the pandemic for Marvel Studios, just after Shang-Chi and the Legend of the Ten Rings.

The Marvel Cinematic Universe film was based on the comic books originally created by Jack Kirby in 1976.

Check out the Capes and Tights crew’s review of Shang-Chi and the Legend of the Ten Rings. and our bonus episode unboxing the Eternals Marvel Collector Corps box.