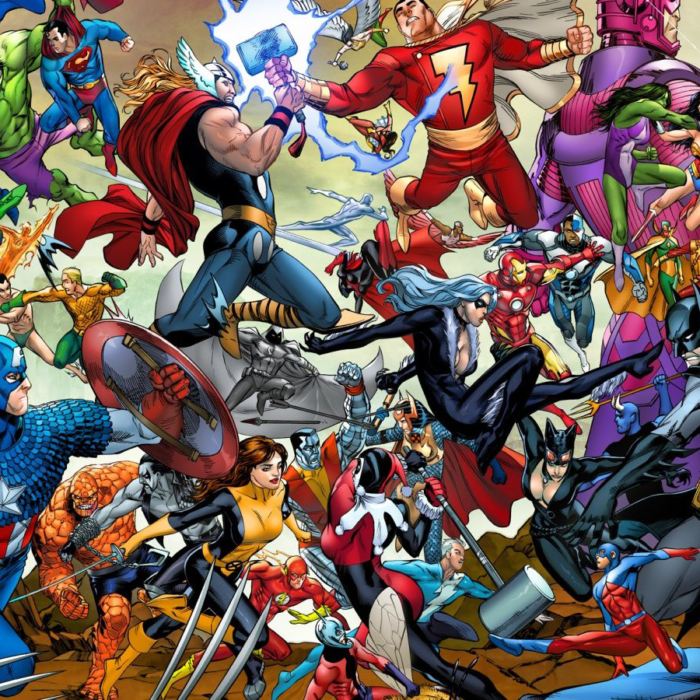 On this episode of the podcast, the Capes and Tights crew discuss the age-old question…Which universe is better, Marvel Comics or DC Comics?

DC Comics was founded as National Allied Publications in 1934 before changing it’s name in 1946 to National Comics Publications. Finally, they decided on the name DC in 1977. The name DC derived from the company’s popular series Detective Comics. DC Comics features well-known characters such as Batman, Superman, Wonder Woman, Joker, and more.

Marvel Comics entered the world as Timely Comics in 1939 and then became Atlas Comics in 1951. In the end the company was changed to Marvel in 1961. Marvel was sold to Disney in 2009 for $4.1 billion. Captain America, Hulk, Iron Man, Doctor Strange and many more come from the Marvel world.

Which of the two bigger companies are the best? This is a question that will never be able to be really answered, but Adam and Justin are sure gonna try.

Be sure to listen to last week’s episode on adding the Fantastic Four and X-Men to the Marvel Cinematic Universe.