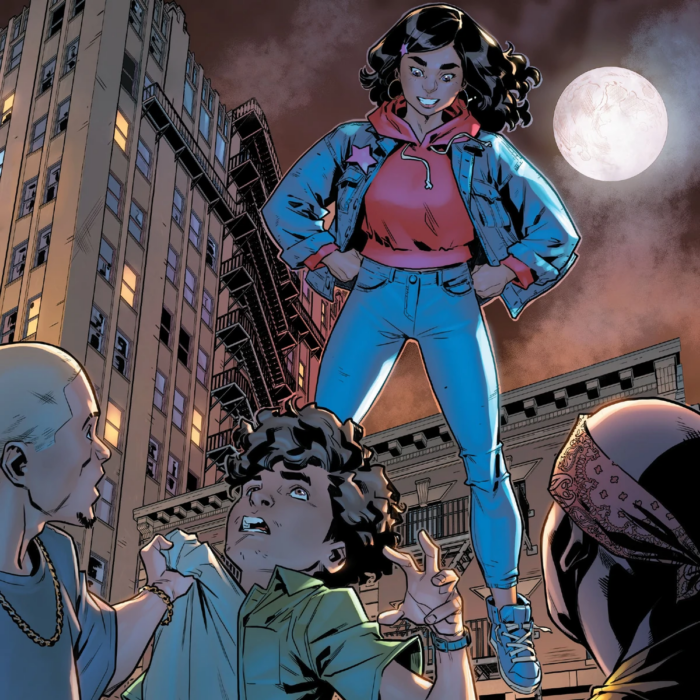 BONUS: Who is America Chavez?

On this bonus episode of Capes and Tights, Justin Soderberg discusses who is America Chavez, as we get ready for the upcoming release of Doctor Strange in the Multiverse of Madness!

Chavez was created for Marvel Comics in July 2011 by writer Joe Casey and artist Nick Dragotta. She made her first appearance in Vengeance #1.

At age five, America and her little sister Catalina were brought to the private island of billionaire Mr. Gales, where a high-end medical facility was set up. The island was used by America’s mothers Amalia and Elena Chavez, who were expert microbiologists and pathologists respectively, working to cure America and Catalina of Edges Syndrome, a discovered genetic disease linked to the XX chromosomes.

Once America started showing remission, her powers manifested to the delight of Mr. Gales, who was attempting to encourage America to use her powers against her mothers’ wishes. As Amalia and Elena refused to continue allowing Gales to exploit their daughters and the other girls at the facility, America and Catalina were taken by Elena to a rendezvous for a escape, but the girls witnessed their mother Amalia die destroying the portal chamber, then Gales shot Elena. With Elena dying and as the other girls fought Gales and his security back, America opened a Star Portal to another place to take Catalina with her, but Catalina was ripped from her grip by Gales at the last second. Emerging from the other side, America saw the island in flames, distraught, believing that her whole family was dead and she was all alone.

Doctor Strange in the Multiverse of Madness hits theaters on Friday, May 6, running around 126 minutes.

Look for our review of the film once it hits digital or streaming services.

Check out our review of Doctor Strange and preview the sequel!