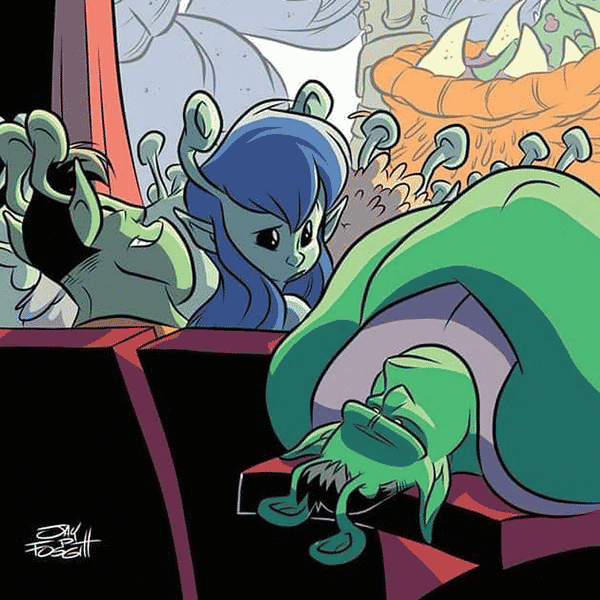 This week on Capes and Tights, the crew chats with local comic book writer Ben Goldsmith about his Second Place Comic.

Second Place is a mockumentary comic about body-building aliens and life choices. This send-up of the comic genre, inspired by Christopher Guest movies, begs to ask the question “Who really comes in 2nd place?” The book is published by Source Point Press.

Goldsmith’s co-creator Ed Smith is responsible for the interior art.

The first issue of Second Place released in December with the second issue hitting shelves in January and the third coming dropping in February. Be on the lookout for the final issue hitting the market on March 23. Goldsmith and Smith also have additional cover art help by Jay P. Fosgitt.

Be sure to check the Bangor Comic and Toy Con from April 22-24, 2022 at the Bangor Mall. Goldsmith will be signing all three days!

Check out our conversation with Ryan Lessard of Sentinel comic book!