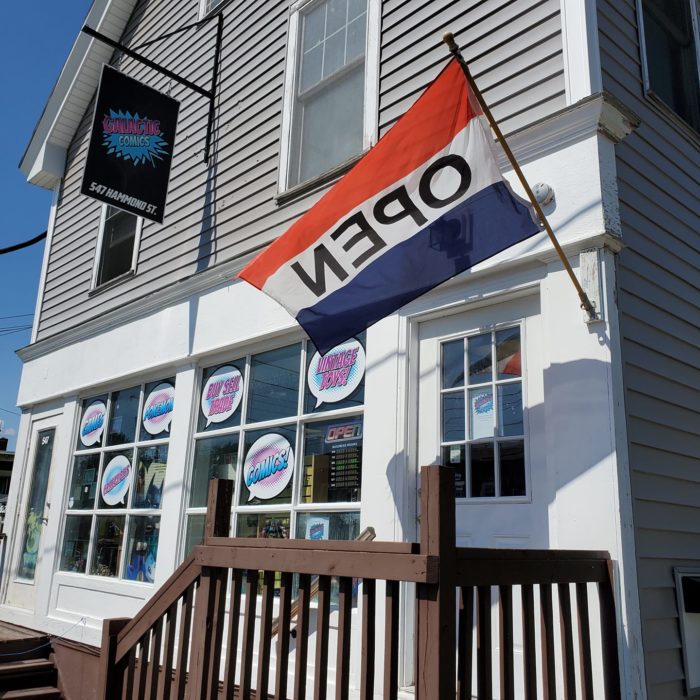 Paul Eaton of Galactic Comics and Collectibles joins Adam Morrisette and Justin Soderberg to discuss what has been going on at his shop recently.

Eaton opened Galactic Comics over two years ago now and has been running the shop on nights and weekends, while still working his day job as General Manager of Advanced Auto Parts. However, things have changed. On September 1, 2021, fittingly new comic book day, Paul was able to take on the shop full time and leave his auto parts job behind him.

Galactic Comics and Collectibles is now open Wednesday-Friday, 10-7; and Saturday, 10-5. This will take some pressure off of him and allow him to do much more with his shop. With this, we wanted to know what the world of comics is shaping up to be like at the moment and what we can expect to see in the future.

The comic book world is ever changing and it’s nice to hear about the state of comics from someone on the frontline.