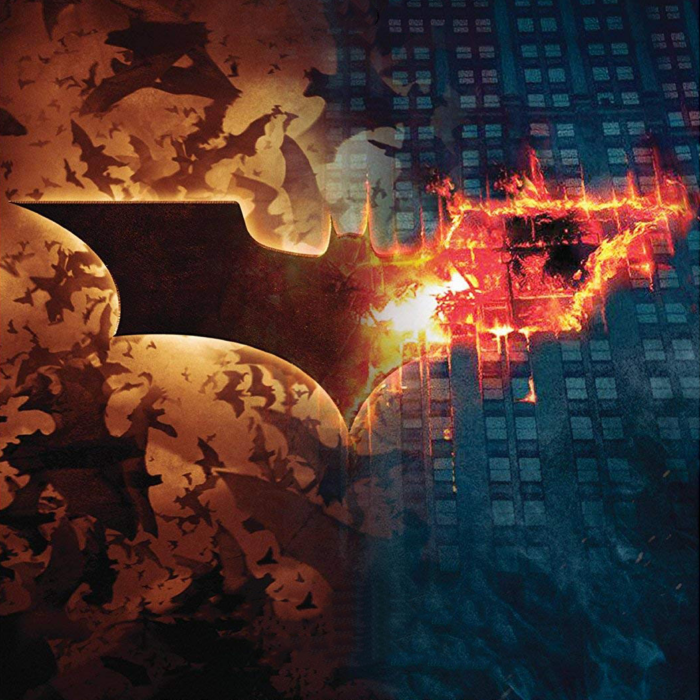 This week on the podcast, Adam Morrisette and Justin Soderberg discuss The Dark Knight trilogy of Batman films by Christopher Nolan.

Second in the trilogy was The Dark Knight, released on July 18, 2008 in the US. The middle film had considerably more box office success than Batman Begins with $1.005 billion in sales on a $185 million budget. Bale returned as Batman along with Caine, Freeman and Oldman. The cast added Heath Ledger as Joker and Aaron Eckhart. Maggie Gyllenhaal replaced Holmes as Rachel Dawes.

The final film was The Dark Knight Rises, released on July 20, 2012 in the United States. Like the second film, Rises brought in over a billion dollars in the box office with a total of $1.081 billion on a roughly $250 million budget. Returning was Bale, Caine, Freeman, and Oldman. The movie added Anne Hathaway, Tom Hardy, Marion Cotillard, and Joseph Gordon-Levitt.

In total the trilogy of films grossed nearly $2.4 billion worldwide. The films were all written and directed by Nolan with David S. Goyer helping on Batman Begins and Jonathan Nolan helping on the last two.

Be sure to check out Adam and Justin’s review of the first season of Peacemaker!